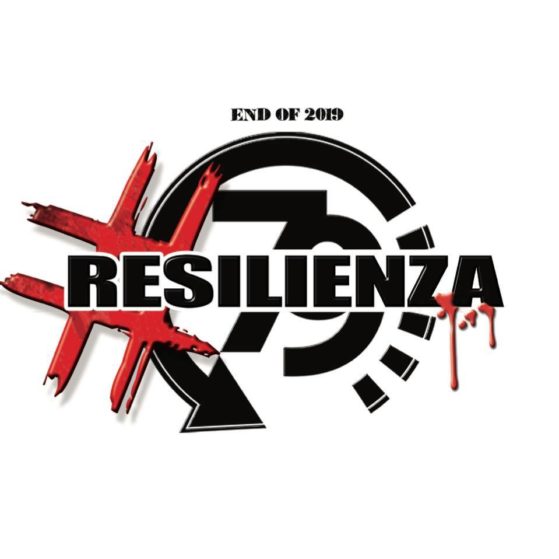 After the success of Regresando al Guaguancó (2013) and Joseito (2016) La Máxima 79 returns with an album of 16 songs, in addition to the sound that the Band has made known throughout the World,  featuring new sounds that its director and founder Fabrizio Zoro wanted to include, whom as always, has directed the entire production, lyrics and ideas behind each track.

“Cuba “ is the most important novelty of this musical masterpiece with a return to the origins of salsa, as seen  in the last part of the album  entitled “Sesión Cubana” dedicated to typical rhythms of the Great Island such as Timba, Son Cubano or Traditional Changüí.

The Arrangements of the album are composed by Fabrizio and by Marco Puma, the official pianist, also known as the most known Italian bachatero to the World, but with this album he has shown that his biggest passion stays inside a Rhythm that beats in tune to his immense salsa soul.

#RESILIENZA (#Resilience) is the ability of an individual to face a negative event by transforming and reorganizing their life in a positive way, even by improving their previous situation. The title is deliberately left in Italian to indicate the country of origin of La Máxima 79 and to indicate that Salsa
today has become something Global with orchestras and dancers from all over the world under one family.

Any cookies that may not be particularly necessary for the website to function and is used specifically to collect user personal data via analytics, ads, other embedded contents are termed as non-necessary cookies. It is mandatory to procure user consent prior to running these cookies on your website.